Bannister Kelowna | About Us – New

Bannister Kelowna is a "Family Business with Family Values", located in the heart of the Okanagan Valley in British Columbia. As the sole GMC and Buick dealer in Kelowna, BC, we are proud to serve customers from all over BC. Our service area includes Lake Country, West Kelowna, Peachland, Summerland, and more.

We sell and service all makes of cars throughout our entire region, and we are proud to be the highest-rated franchise in the Interior of BC. With diverse product lines, we have the car, van, truck, SUV, or crossover that fits your budget with the features you want. Our large selection of used vehicles in Kelowna includes many Certified Pre-Owned vehicles. Our skilled and knowledgeable shop technicians are well-trained on all vehicle makes.

Our friendly parts staff will find the perfect way to customize your vehicle with genuine GM accessories. Our collision center is state-of-the-art and is ICBC accredited. We can handle your insurance claims from start to finish, with same-day service on many glass replacements.

A Proud Member of the Bannister Automotive Group

As a proud member of Bannister Automotive Group, our store has the leverage of ten dealerships spanning BC and Alberta. Across the group, we sell and service GMC, Chevrolet, Buick, Cadillac, and other major manufacturers with thousands of 5-star reviews. Since 1979, all Bannister stores have lived by the motto "A Family Business with Family Values", and we are proud to carry on this legacy to our local market.

The Bannister Group of dealerships' story began in 1979. Our founder, Lyn Bannister, attended the University of Denver on a hockey scholarship where he received his Bachelor of Physical Education, followed by a Masters of Education from the University of Minnesota, and went on to pursue a career education and coaching hockey.

With Lyn’s entrepreneurial spirit and supportive wife, Joanne, Lyn left his education career in 1975. In 1979 they moved to Barrhead, Alberta where they primarily raised their three children, Mark, Chad, and Mary-Jo. It was in Barrhead where Lyn had the opportunity to purchase the GM store, Lyn Bannister Pontiac Buick, with the financial backing of Motors Holding a division of General Motors.

In 1990 Lyn and Joanne sold their store in Barrhead and moved to the Okanagan and purchased Bannister GM Vernon.

In 1996 Lyn was honored with the McLean’s Magazine Dealer of Excellence Award for the province of British Columbia, recognizing the best new car dealers across Canada. Lyn has served on many boards in the automotive industry, locally, provincially, and nationally.

All three children have taken post-secondary education in business and the automotive industry. Mark and Mary-Jo attended the Canadian Automotive Institute in Barrie Ontario and transferred to Northwood University in West Palm Beach, Florida for their final year where they obtained their Bachelor of Business Administration, Automotive Marketing. Chad attended Camrose Lutheran College where he obtained his Bachelor of Economics, followed by a Bachelor of Commerce degree from the University of Alberta in Edmonton. Upon graduation, he enrolled in the CA program with KPMG obtaining his Chartered Accountant designation. Both Chad and Mary-Jo have taken the dealer academy training through NADA.

What started out with Lyn working in the business for 20 years has truly become a family business.

In July 2013 Bannister Cadillac Buick GMC was purchased. Chad and his family have returned to the Okanagan and now call Kelowna their home.

The Bannister Automotive Group is fast becoming one of Western Canada’s most well-known and trusted dealer groups. Lyn and Joanne have raised their children with values of integrity, hard work and treating others with respect. You will no doubt experience their belief in family values within this family business. 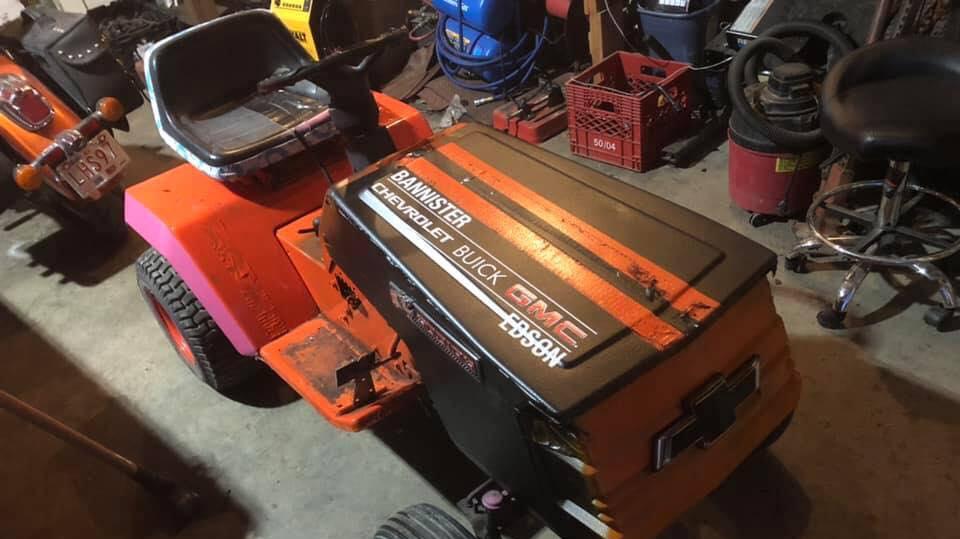 Our very own Dave Richards participated in the highly anticipated Lawn Mower races at the Medicine Lodge Rodeo. We are proud to support our staff who are involved in our community! 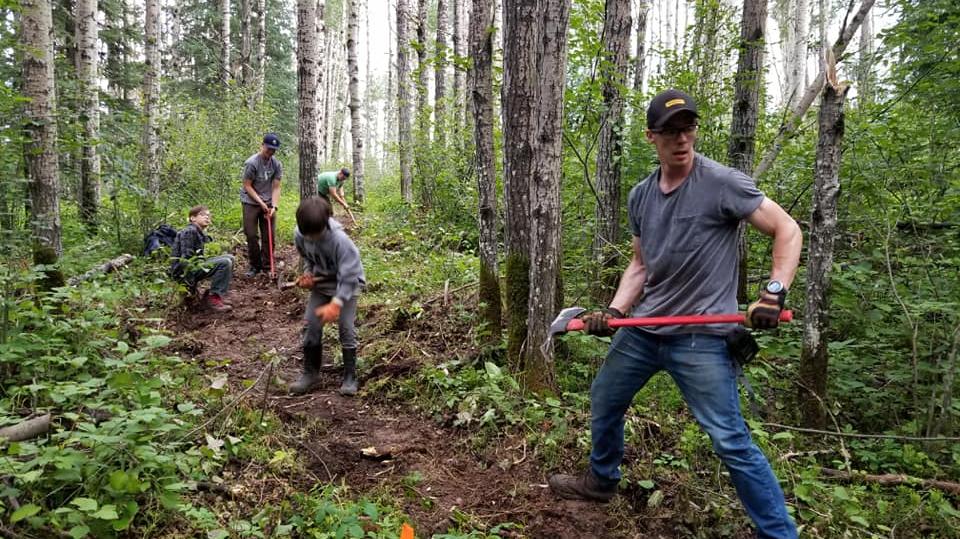 We are proud to support the Edson Cycling Association throughout the year by supplying food and refreshments for some of the trail building nights out at Willmore Park. Our very own Jordan Longstreet is an avid cyclist and has volunteered on several trail building nights over the summer of 2019. Memberships for the Edson Cycling Association are available at Bannister GM! 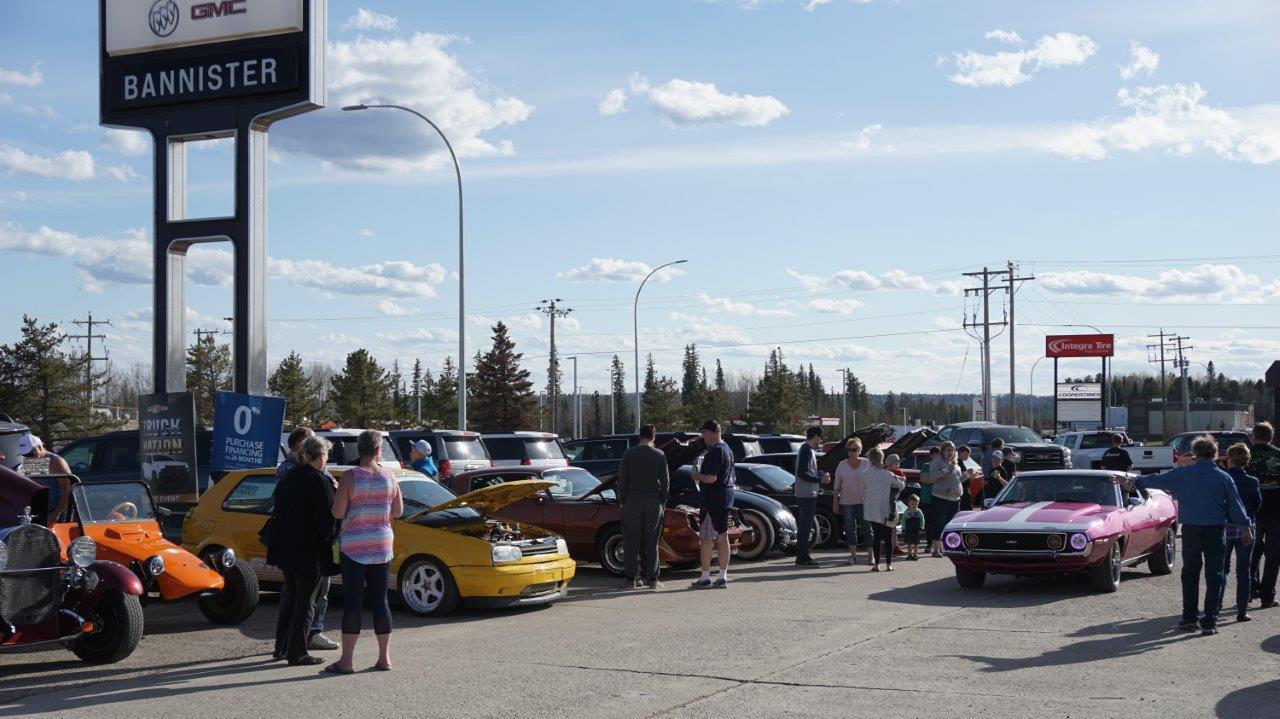 Bannister GM hosted a free BBQ to show our appreciation to the Edson Community for their on-going support. The Edson Customer Cruisers brought down some of their rides while the Edson RCMP and Citizens on Patrol installed Tamper Proof Security Screws on License Plates for free. 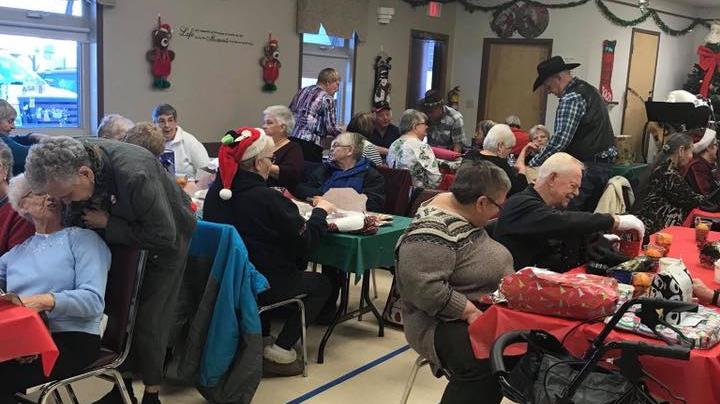 Bannister GM was happy to support the Seniors Secret Santa event! Held at the Pioneer Cabin, Edson and area seniors were able to get together and receive some gifts due to the generosity of others. Huge shout out to the organizers for putting on this wonderful event!